Ari’s Spoon is the historical tale of a young surgeon’s journey to the truth after he finds a spoon hidden in his daughter’s baptismal gown. 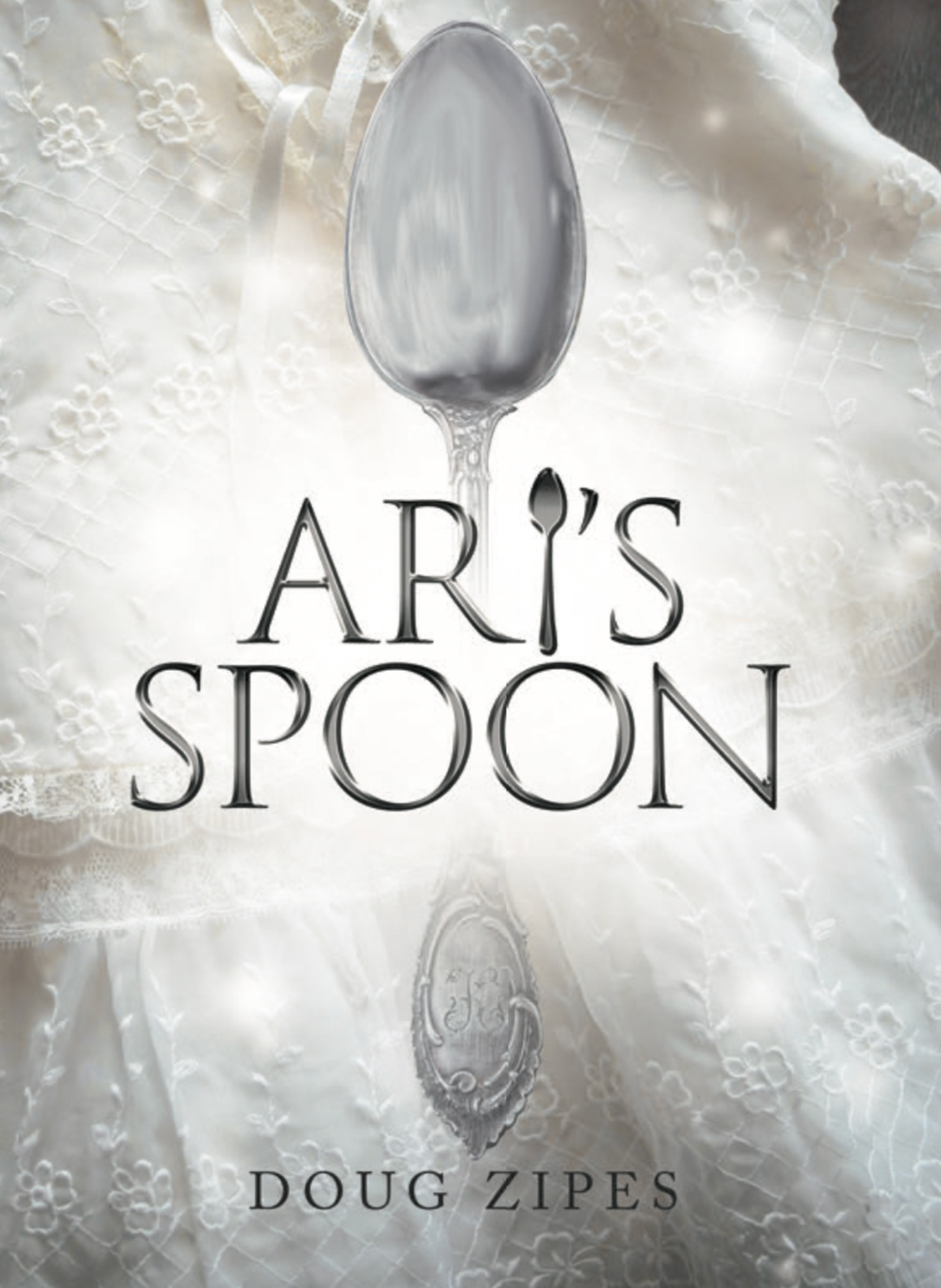 Young surgeon Gabe Goerner and his wife, Cassie, are thrilled when their daughter, Zoey, is born.

She is a seven-pound, six-ounce re-creation of her mother. When she is three months old, her parents schedule her baptism at a Catholic Church in Indianapolis.

The attendees include his parents who bring the family’s cedar chest, his grandfather’s most prized possession from Poland, that houses Gabe’s baptismal gown. Although it is a family heirloom, its origins are unknown.

As Gabe’s family enters the church for his daughter’s baptism, her gown triggers the security metal detector.

After Gabe discovers the cause is an engraved silver spoon sewn into the double-layered hem of the tiny gown, the mysterious discovery soon transports him through a cascade of unforgettable events that lead him from contemporary Indianapolis to the Warsaw ghetto during World War II, from underground bunkers to operating rooms, and from the safety of home to the Treblinka death camp.

What he finds on his mission will forever transform his life.

Ari’s Spoon is a historical novel that connects the past with the present.

“Surgeon-in-training and Polish Catholic Gabe Goerner discovers an engraved silver spoon sewn into his newborn daughter’s baptismal gown. While trying to find the origins of this mysterious spoon, Gabe comes across the hidden journal of Jakob, a young Jew living in the Warsaw Ghetto during WWII, who joins the Jewish uprising against the Nazi occupiers. Reading this journal leads Gabe to make a momentous choice that affects his relationships with his wife and father-in-law, who is also his supervisor at the hospital.

The novel comes alive in the chapters featuring Jakob, capturing the increasing fear of Warsaw’s Jews as the Nazis quickly strip them of their rights and start the process of trying to exterminate them, casually shooting civilians in the streets. Even as an escapee describes the horrors of the Treblinka death camp, many Polish Jews cannot believe the Nazis plan for genocide.

Jakob’s transformation from young, naïve man to determined, successful fighter and leader is thrilling to watch, with him knowing the odds of survival are low but ready to take as many Nazis with him as he can. The suspense is high throughout, as readers understand there’s a good chance Jakob won’t survive. There are lots of shoot-outs, chases, and fistfights to keep the action going, as well as plenty of blood and sacrifice.”

Watch my interview with the Jewish Federation of Greater Naples where I discuss the background and evolution of Ari’s story for my latest novel, Ari’s Spoon.

A spellbinding page turner not to be missed

“The author of Ari’s Spoon brings the days of the holocaust to us with all the fear, anger, despair that the Jews of Poland must have felt when they realized that what the Nazis had been telling them about the “relocation plans” was not at all true. Their lives and those of their families were in peril. There was no relief from the squalid conditions the Jewish people lived in once their homes were burned or bombed. the reader feels the hopelessness the young parents, Jacob and Rachel , feel for the future of their small child, Ari, until they learn of a plan to save him, if not themselves.
As in his previous books of fiction, author Doug Zipes surprises the reader with unexpected ending chapters. I’d read this book again while waiting for him to honor us with another one.”

“In his latest novel, Doug Zipes has given us a heart-rending and consciousness-demanding historically well researched story about the Warsaw ghetto during the Holocaust. Couched in the life of a young couple who must confront the issues of an interfaith marriage and what it means to be Jewish with ongoing medical drama to spice it up. It is a page turner and well worth a read.”

Doug Zipes knocks it out of the park once again

“Doug Zipes knocks it out of the park once again. This well-researched historical fiction of the struggles of an interfaith couple provides a poignant depiction of the unimaginable suffering of Jews in the Warsaw ghetto during the atrocities of the Holocaust and the resilience of the Jewish people. The book’s end drives home the point that remnants of the hate engendered by the Nazis remains with us today in the form of continuing antisemitism I was so moved that I read the book twice !”

First person account of many aspects of the Holocaust including the Warsaw Ghetto uprising.

“Very realistic event-filled story. The horrors of the times brought to life. Sorrow-filled story very well told.
Making the events in the form of real people and not a dry history lesson makes for compelling, emotion-packed reading.”

With her stunning blue-green eyes, blonde ponytail, and long, graceful Audrey Hepburn neck, Cassie could have strutted a designer’s runway in Paris or New York, rather than standing, dog-tired, for hours in an operating room in Indianapolis, as we learned how to repair broken hearts. I loved the lopsided dimple on her right cheek and found myself trying to make my new wife smile for it to appear.

Whoever finished operating by 6:00 pm became cook for the night. The other did the dishes. On this night, I was home first and made an awesome arrabbiata spaghetti sauce with red onions, green olives, garlic, and capers. I opened my favorite Rombauer and waited for Cassie to come home.

We sat down for dinner, and I poured her a glass of red.

She smiled at me. “No thanks.” She pushed her glass away, and her smile grew bigger.

“You’re not going to drink white wine with this fabulous Italian dinner, are you?” I asked, shaking my head.

“I’m not going to drink any wine with this fabulous Italian dinner, thank you very much.”

I reached for her hand and brought it to my lips, went around the table, and kissed her.

Zoey Rachel Goerner was born almost eight and one-half months later, May 16, 2018. She was a gorgeous seven-pound, six-ounce re- creation of her mom, with the same bluish-green eyes, blonde hair, and button nose. No dimple, though.

When she was three months old, we scheduled her baptism at the Saint Luke Catholic Church in Indianapolis. My folks flew in for the weekend and brought along the family’s cedar chest, my grandfather’s most prized possession from Poland.

The date is May 16, 1943.
I’m at Father Boduen’s Children’s Home, recovering from a Gestapo bullet wound in my side. Three sons of bitches chased and fired at me as I fled from them in downtown Warsaw six days ago. I made it to the Home, where they’ve tended my wound and hidden me.

Today also happens to be the official end to the Warsaw Ghetto Uprising. The Nazis blew up our precious Great Synagogue of Warsaw and declared our rebellion finished, though some Jews are still fighting, and a handful of buildings are still standing, like the Nozyk Synagogue.

During my recovery, word reached me that members of the Oyneg Shabbos, led by Emanuel Ringelblum, were asking all of us who’d lived in the ghetto to create an archive of our journey for the world to know what had happened. They intend to hide the documents until the war ends and then publish them.

I’m not certain why I’ve survived this long or whether I’ll survive the rest of the war. But I feel I’ve been spared so far to be able to tell a story, a true story, about what happened in the Warsaw ghetto. I’m writing what I remember, starting with the bombing on

September 1, 1939, when I was just sixteen. I plan to fill these pages with detailed recollections of the last four years. Our suffering has been an unimaginable, horribly effective teacher that has battered, bent, and reshaped the Jewish people into a new way of living— and dying. I will explain in these pages. It is my hope that the future will avenge what the present cannot.

When I’m finished writing, I’ll give these archives to a courier to deliver to Emanuel Ringelblum, assuming he’s still alive.

If you’re reading this, I was successful. 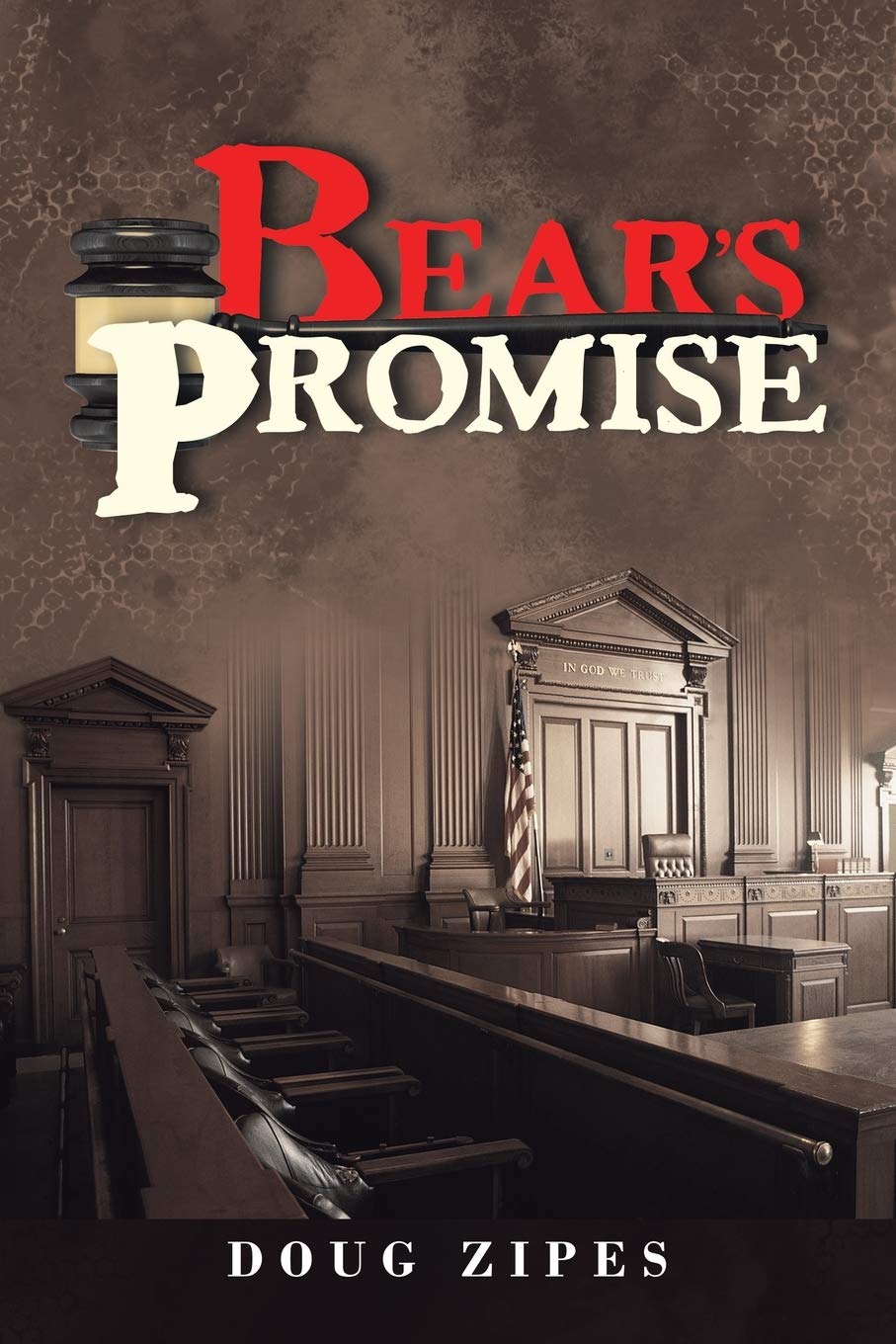 Justice confronts greed as a trial attorney seeks retribution for the murders of his brother-in-law and
nephew by a ruthless cop and a company that values profit over life... 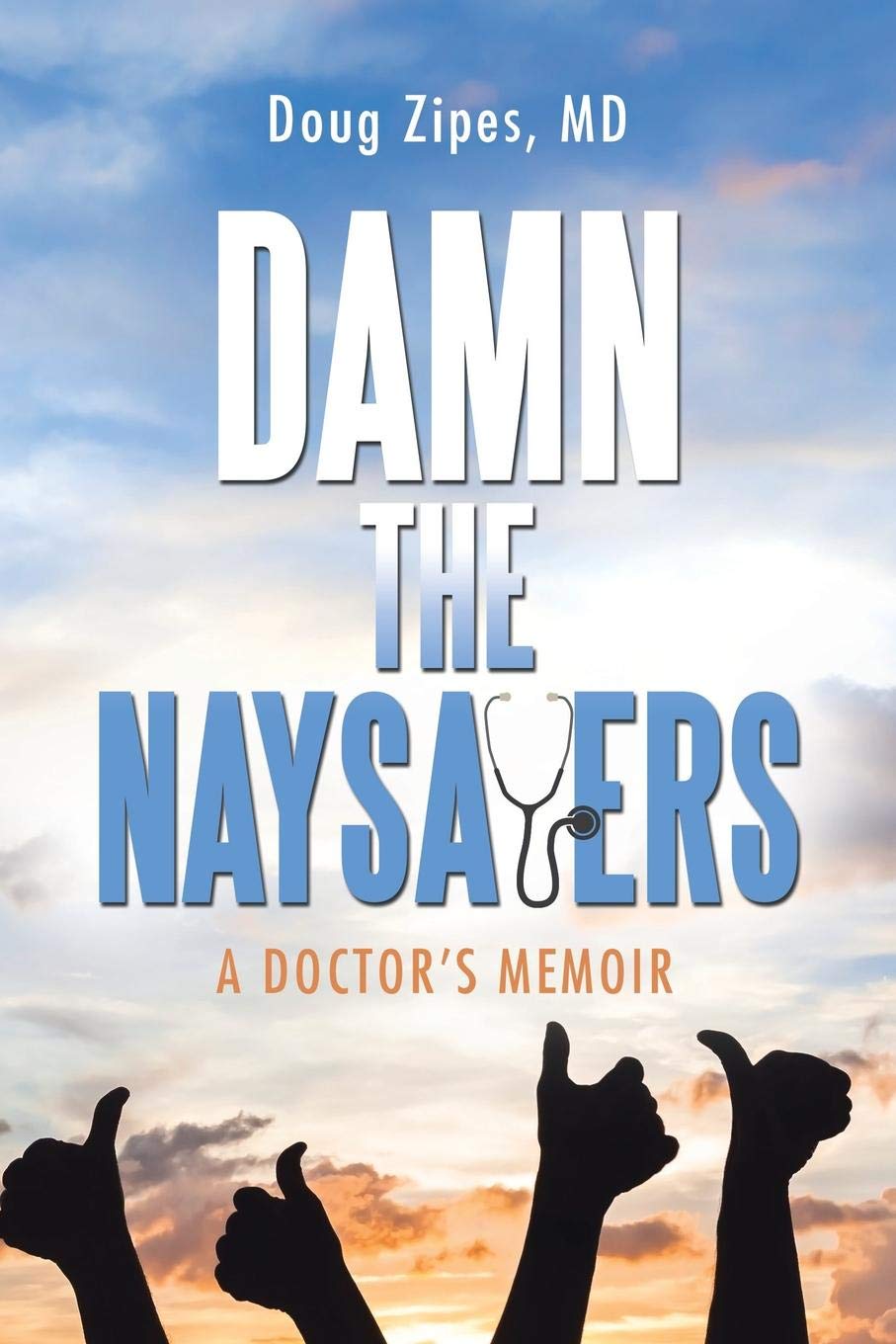 No, you can’t. Those three words have shaped much of Dr. Doug Zipes’s journey through life and have always challenged him to come to terms with who he is, where he wants to go, and what he wants to be... 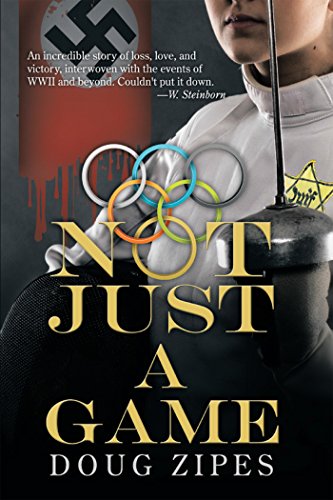 Not Just a Game

In this riveting story, three generations of Olympic athletes attempt to survive monumental challenges in the shadow of Hitler and during a rebirth of Nazism... 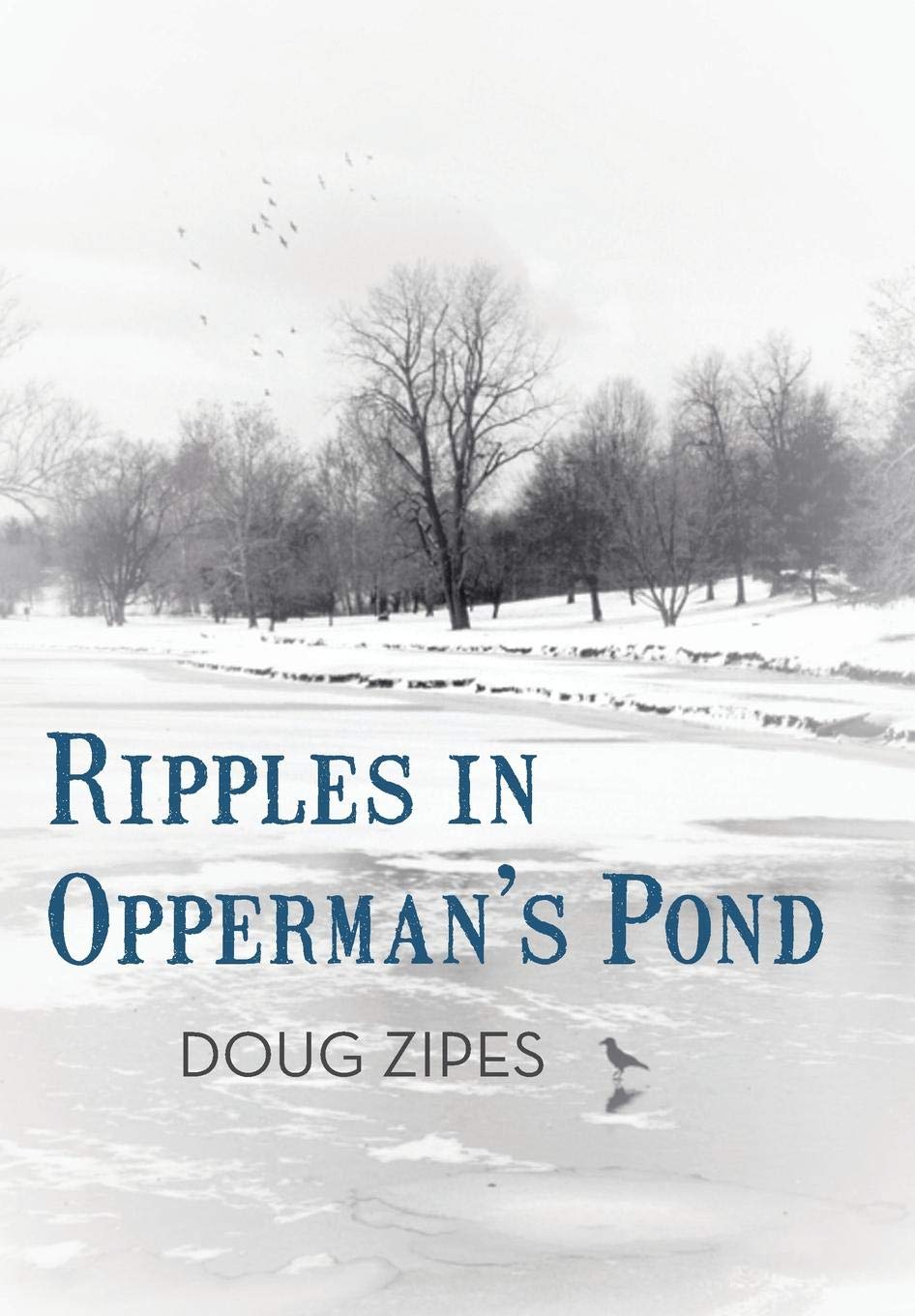 Set in Indiana, identical twins have had their bond tested since birth and now as adults with the family pharmaceutical company in jeopardy they will once again be forced to prove that blood is thicker than water... 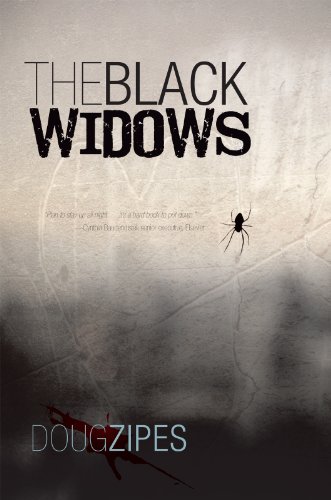 From the back room of a small second hand bookstore in Chappaqua, New York, two elderly widows are at the center a web of espionage, vengeance and terrorism with plans to bring the Western world to its knees...

All of Doug Zipes books are available to buy online from Amazon as well as at Barnes and Noble and iUniverse.