What You Need to Know About Coronavirus 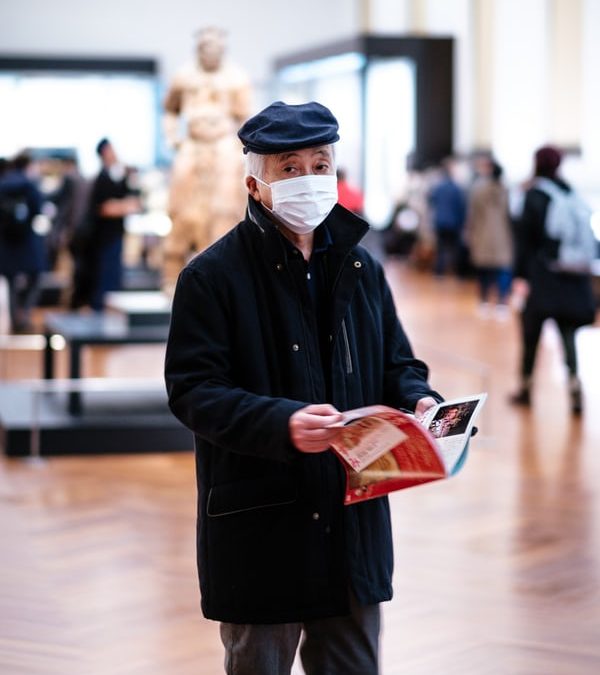 Unless you have been living on another planet these past few weeks, you have been deluged with daily updates about the new coronavirus, 2019-nCoV, the seventh member of the family of coronaviruses that infect humans. The information, depending on its source, is at times reassuring and at other times frightening. At the very least, it is unsettling, especially as we read about the impact the virus has had in China, particularly in Wuhan where it began, perhaps transmitted by camels, bats or the pangolin, an animal used in traditional Chinese medicine. Infection has spread to over twenty countries, mostly in Japan, Singapore, Thailand, Hong Kong, and other Asian countries.

The purpose of this column is to provide readers with some facts as we know them today, and to offer reliable sources where readers can obtain valid information, such as from the Johns Hopkins website, the World Health Organization, or the American Medical Association that deliver expert information about the impact and extent of nCoV.

As I have written previously, due to deficiencies in worldwide health care, unfounded distrust of vaccinations and health services, and poor health infrastructure, our planet is ill- prepared to handle a pandemic of coronavirus proportion. At the time of this writing, there are around 40,000 confirmed cases of 2019-nCoV infection — the vast majority concentrated in China — and more than 900 deaths, for about a 2 percent mortality. One of the deaths included the unfortunate Chinese physician who first called attention to the new virus. Twelve cases of nCoV infection have occurred in the U.S. (nine people had been in Wuhan) with no deaths to date, although a 53-year-old American man has recently died in China. Thousands of people have been trapped on three cruise liners in Asia due to fears of contagion. Human-to-human transmission has been documented, leading the World Health Organization to declare a public health emergency on January 30, with a similar declaration by the U.S. a day later.

Coronavirus outbreaks are nothing new. The Severe Acute Respiratory Syndrome (SARS) virus was another coronavirus originating in China in 2003, not as contagious as nCoV, though more lethal. SARS infected over 8,000 people, killing almost 10 percent of infected people before it was contained. The Middle East Respiratory Syndrome coronavirus (MERS) was also a coronavirus stemming from animal reservoirs such as bats, perhaps with intermediate hosts. MERS infected 2,494 people and caused 858 deaths (34 percent mortality rate), the majority in Saudi Arabia.

In comparison, the influenza virus kills less than one person per thousand infected (0.1 percent), but about 200,000 people are hospitalized with the virus each year in the U.S., leading to about 35,000 deaths.

The SARS pandemic cost the global economy an estimated $30 billion to $100 billion. The full economic impact of nCoV is yet to be felt, and while the Chinese economy is likely most affected, the impact will be worldwide as it upends manufacturing, shipping, travel, education, and other activities.

Such respiratory viruses travel through the air in tiny droplets produced when an infected person breathes, talks, coughs or sneezes. This coronavirus is moderately contagious, harder to transmit than measles, chickenpox, and tuberculosis, but easier than H.I.V. or hepatitis, which are spread only through direct contact with bodily fluids. Face masks may help prevent its spread, though that has yet to be established.

The incubation period after being infected before symptoms manifest appears to be 2-14 days (more likely 5-6 days), raising the possibility of transmission before a person knows they are infected, though transmission by symptomatic persons is more probable due to a greater viral load at that time. Older men with other health issues seem more likely to become infected and young children less likely.

Symptoms can include fever, cough, shortness of breath, muscle ache, confusion and headache, sore throat, and GI problems such as diarrhea, nausea, and vomiting. Pneumonia has been documented in the majority of hospitalized patients and when severe, is probably the cause of most deaths. The median time from first symptoms to becoming short of breath is five days; to hospitalization, seven days; and to severe breathing trouble, eight days.

Additional information about 2019-nCoV is needed to better understand transmission, disease severity, and risk to the general population. Public health measures to quarantine infected individuals and prevent spread have been instituted worldwide.

Management of people with 2019-nCoV is largely supportive, although antiviral medications have been used, as have antibiotics in patients with superimposed bacterial infections. The effectiveness of antiviral medications is unproven, although they may have been effective in treating SARS. Interventions that will ultimately control nCoV are unclear because there is currently no vaccine available and one is not likely for a year or longer.

Staying home when ill, handwashing, and respiratory care including covering the mouth and nose during sneezing and coughing, were effective in controlling SARS and should be advocated for treating nCoV as well.

Presently, there is no reason for panic in Western countries. We need to follow updates and hope containment will eliminate the threat of this new nCoV pandemic over the next month or so. Remember that the virus is transmitted by humans during sneezing or coughing. Avoid such individuals or wear a face mask if in contact. The CDC does not recommend widespread use of masks for the healthy, general public at present.

If you sneeze or cough, do so into a disposable cloth or paper. A fist bump greeting rather than a handshake might be wise. For viral particles that have settled on the floor, table, and other objects, hand contact then brought to your face can transmit the infection. So, wash! wash! wash! your hands with antibacterial soap after contacting such surfaces and before touching your face. Alternatively, use an alcohol-based hand sanitizer containing at least 60 percent alcohol. Green leafy vegetables and other sources of vitamin C can help the immune system fight off disease.

If we all pay attention to these simple measures, we will help contain the virus and it will eventually die out, particularly as warmer weather approaches.