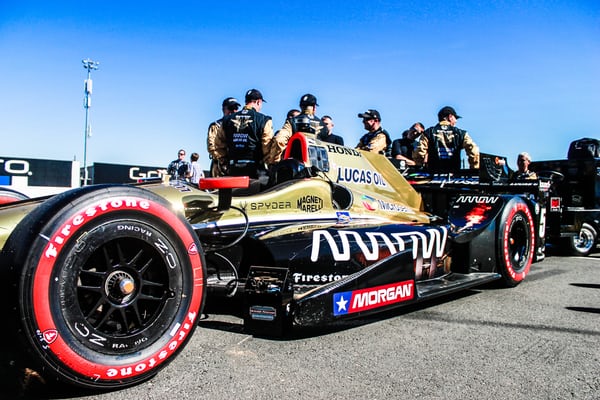 May is Race Month in Indianapolis as the city gets ready for 350,000 fans attending the Indianapolis 500 held on the last Sunday before Memorial Day. The hotels fill, the restaurants are jammed, streets near the track look like a parking lot and the whole downtown atmosphere becomes electrified in anticipation of the “greatest spectacle in racing.”

It was early May when I received a call at home late at night from a physician in a distant state. It was early in my career but I had been publishing a steady stream of research papers. So while I was a relative “youngster,” my name had been in the medical literature with some frequency.

The doctor related he was the family physician to a very prominent racecar driver whose mother got so excited when her son won the Indy 500, she developed atrial fibrillation. She had hypertrophic cardiomyopathy and the AF caused her to black out. The doctor wanted to know if I would be at the upcoming race to take care of the mother in case she had another spell. I assured him I would be there and would be happy to take care of her.

At breakfast the following morning I told my children, who were about ten, twelve and thirteen, about the phone call. They were suitably impressed and concluded that perhaps their father was an important doctor after all.

Fast forward twenty-five or so years. I received another late night call at home, this time from a very prominent NFL football player. He had suffered several near blackouts and his doctor said the cause was a rapid heart rhythm called atrial flutter. His doctor recommended a heart catheterization procedure to locate the site of the fast heart beat and burn that area to cure him of the problem. The football player wanted to know what I thought about the whole thing and whether he should do as his doctor suggested. We discussed it, I agreed with the doctor, and shortly after he underwent a successful ablation of the atrial flutter.

Now, anticipating history would repeat itself, I called my grandson Tyler, age about ten. He was an avid sports enthusiast and I knew he would recognize the football player’s name instantly.

I told him. There was a lengthy pause in the conversation. I could picture Tyler’s face,

eyes getting big and eyebrows raised, proud of his grandfather.

“Did he have the wrong number?”

So much for trying to impress grandchildren. To Tyler, I am just Papa. It’s better that way.